What are the objectives of analyzing the stability of a slope? Why should the Geotechnical Engineer carry out stability analyses? But, what is a slope? And what is a hillside? How are these elements grouped or classified for study and analysis? These are some questions that often go unanswered in the day-by-day professional life, and in this post we will dive into them, to understand a little more the importance of ensuring the stability of slopes and hillsides for any project.

Diference between slopes and hillsides

When faced with a slope and hillside stability problem, the first thing to be clear about is, of course, what are slopes and what are hillsides. Frequently, these terms are confused and, although they are similar, it is useful to establish a nomenclature that differentiates them.

So, what is a slope? A general definition establishes that the name slope identifies any surface inclined with respect to the horizontal that a land mass has to adopt permanently.

This definition could also be applied to hillsides. However, as mentioned above, it is more useful for the Geotechnical Engineer to use the nomenclature according to which hillsides are the inclined surfaces of soil masses that have formed without human intervention; while the word slope is reserved for the artificial formation, constructed by the engineer, which includes cut slopes, embankments and excavations (Rico and Del Castillo, 1974).

This differentiation may seem confusing at first. But it is extremely useful, since, as we will see later, the failure modes and the way to study them differ significantly depending on whether we are dealing with a slope or a hillside. 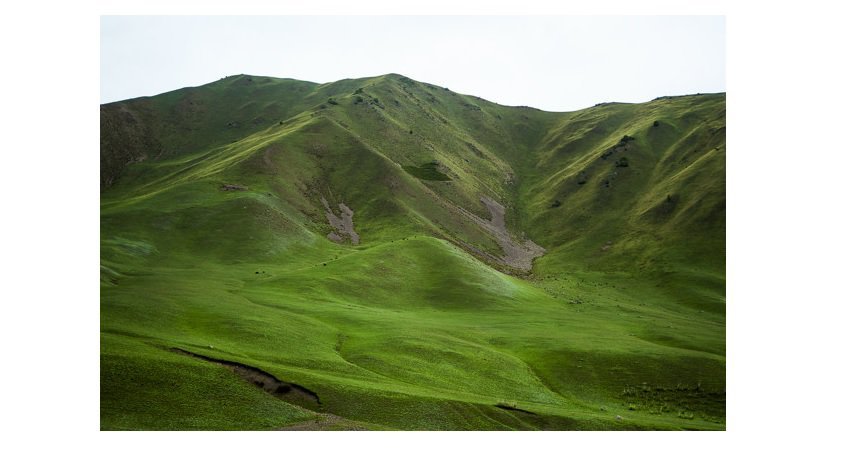 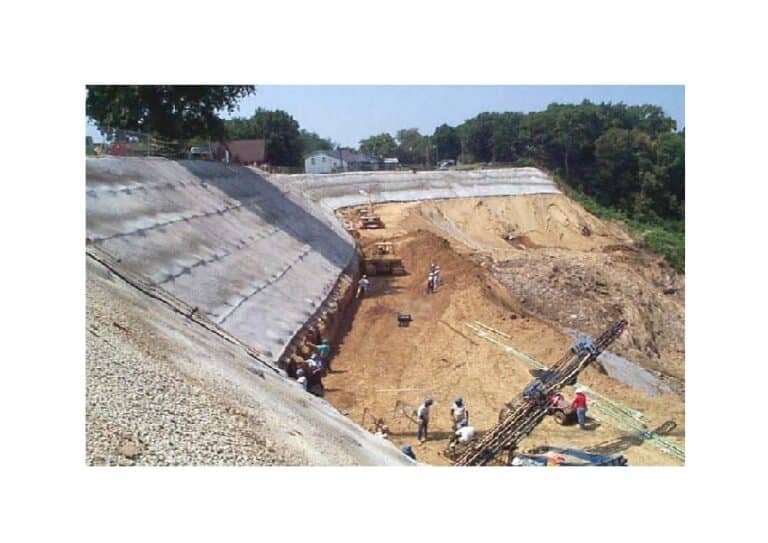 Another aspect to consider is that cut slopes should not be confused with hillsides. Indeed, a cut slope can be generated by the intervention of a hillside, say, by the passage of a new road. But, as I mentioned, the processes involved in the analysis of each case are different.

Classification of slopes and hillsides in Geotechnical Engineering

How can we classify slopes and hillsides? Let's start by saying that hillsides are not classified into subgroups. What is important to consider is that hillsides have the particularity that they can be stable over many years, and then fail suddenly due to changes (sometimes not very significant) in topography, water flow, factors affecting natural erosive processes, and overload stresses generated by non-natural factors (human activity). Hillsides can also fail due to the action of earthquakes, a common case in sectors of the planet where there are active geological faults.

In addition, it is possible to observe evidence of ancient movements on the hillsides, often caused by ancient landslides or tectonic activity. These long-standing geological processes should be identified at the time of the project in order to avoid stability problems during the life of the structure.

On the other hand, slopes can be grouped into three main categories:

Embankments have the particularity that they are constructed using controlled material. For this reason, they are designed using shear strength parameters obtained in the laboratory from tests on borrow materials prepared at the design density.

In general, the design is influenced by geological conditions, in situ material, water pressures, construction methods, and the potential occurrence of natural phenomena such as high rainfall, flow, erosion, freezing and earthquakes.

Shear slope stability analyses must consider the loss of shear strength of the material with time, as well as the great variability and geological conditions that the soil and/or rock layers may present. They should also consider variations in the flow conditions of the slope, in order to foresee long-term stability problems. 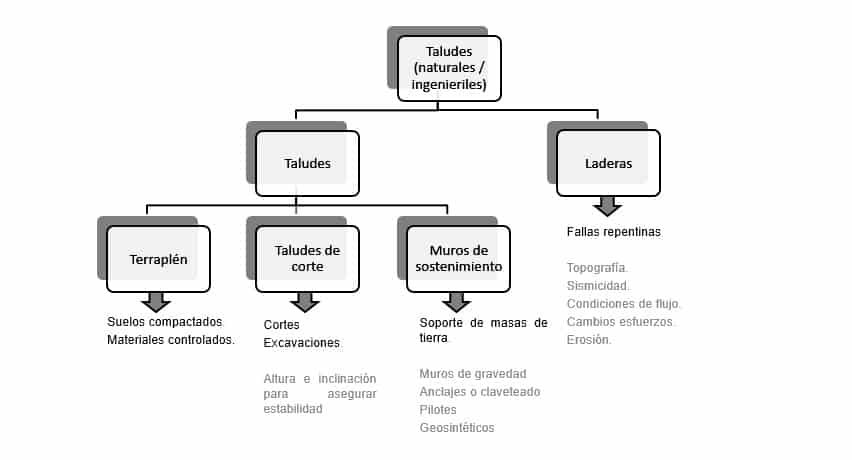 Classification of slopes and hillsides in Geotechnical Engineering 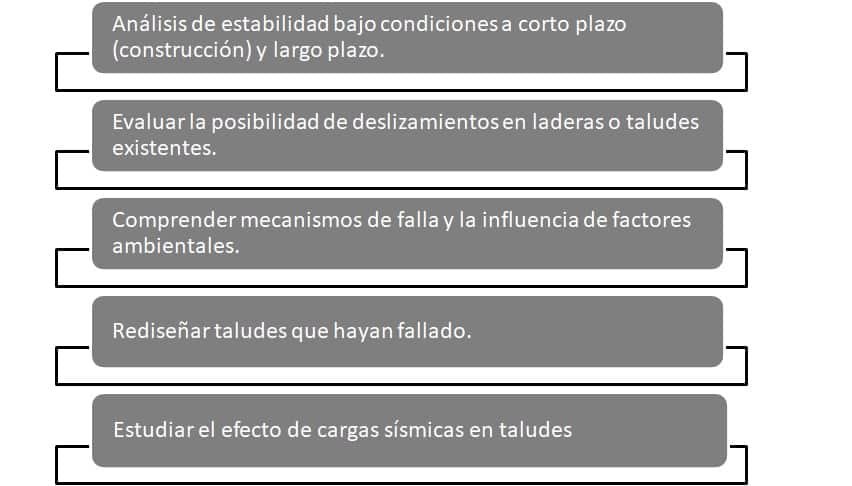 As is evident, slope analyses take into consideration a wide variety of factors related to topography, geology and material properties, almost always related to the nature of the feature (i.e., whether it is a hillside, or a slope as defined above). This brings to the table that a proper understanding of the geological, hydrological, and associated terrain property factors is indispensable to carry out realistic analyses.

It should be remembered that in Geotechnical Engineering (and in any other branch of engineering), it is necessary to perform analyses based on models, in which soil conditions and loads to which the slope will be subjected will be included, in order to estimate the expected behavior of the slope. For this reason, and since there is no model even close to perfection, the famous "engineer's judgment", i.e., "the engineer's criteria", has vital importance.

All of the above, moreover, is linked to the cost of the work. For example, in a road project, one could imagine a case in which, for some reason, the most convenient slope would be the most extended one, in order to forget during the life of the project everything related to "slope stability problems". However, as in any engineering project, a balance must be struck between technical and economic aspects, which is why the "ideal slope" will be the one where the least amount of soil needs to be removed (i.e., the steepest slope). In this way, slopes are structures that, in general, must be designed and built with an essentially economic motivation. Something not to forget.