When analyzing slopes in residual materials, some confusion usually arises as to the difference between lateritic and saprolitic soils. And, given the importance of this topic in slope stability analysis, it is worth considering it in some detail. Do you want to know more? Continue reading....

As you may recall, soils are the result of different mechanical and chemical processes that occur in rocks. These processes can occur at the surface level (such as gravitational effects, surface flow, the actions of ice and wind, volcanic activity, and the action of organisms, or a combination of all of these), or at the subsurface level (such as the action of groundwater, or tectonic and plutonic processes). The effect of these processes is the weathering of the source rock, which, in simple words, is the disintegration of the source rock. 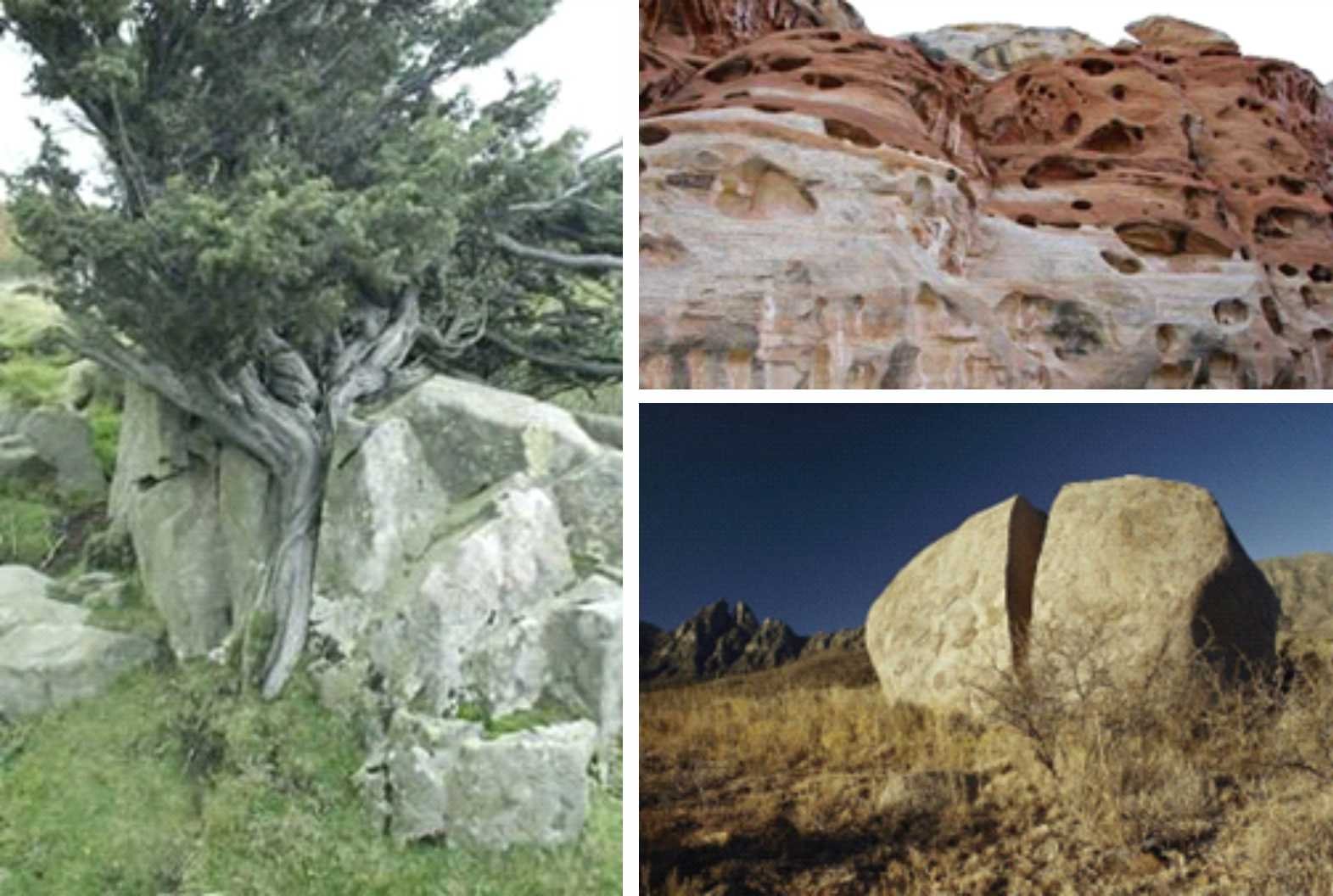 An important aspect worth mentioning is that residual soils are mostly found in regions with high temperatures and humidity, typically with tropical climates, where weathering processes occur rapidly, even in geological terms. This fact, as we will see below, is very important.

Unlike transported soils (which present relatively homogeneous layers with defined properties), in residual soils there is a continuous weathering profile, through which the characteristics of the materials vary from soil to hard rock. That is, there is a sequence of materials whose degree of weathering decreases with depth, as you can see in Figure 2. 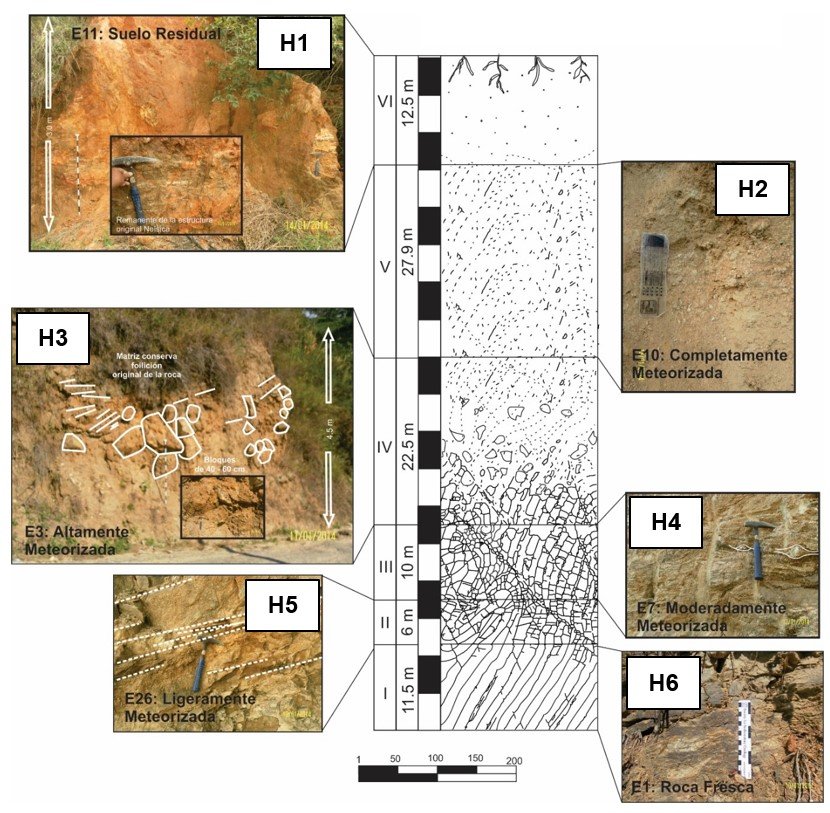 The characteristics of the weathering profile depend on a number of factors, including rock type, geological structures, groundwater conditions and topography.

However, the most important feature, as mentioned above, is that the rate of weathering is much higher than the rate of erosional processes. This is the feature that effectively allows the material to remain in situ. If it were to erode at a higher rate, the material would be transported by some agent (typically water or wind), and thus form some transported or sedimentary soil somewhere other than where the original rock formation is located.

It is very common in practice to hear the terms "lateritic soils" and "saprolite". What is not common is that the difference between them is really understood, at least for a great majority of students and professionals linked to Geotechnical Engineering. So let's take the opportunity to clarify the matter.

Lateritic soils are those materials that have been strongly affected by seepage, and subjected to severe chemical weathering. They usually have red, brown and yellow colors. Due to the action of rainfall, normally the more soluble constituents of the soil (such as kaolinite and silica) are washed away, leaving a material rich in iron and aluminum on the surface. These soils are frequently found in the most superficial zone, and are characterized because they have lost the original structure of the rock and present a mineral composition different from that of the original rock.

On the other hand, the saprolite is made up of materials that present a lower degree of weathering, and therefore maintain in their structure some features of the original rock. Although its texture is that of a soil, its behavior is highly influenced by the presence of discontinuities. This type of soil is usually found below lateritic soils.

The distinction between both materials is not simple in the field, although the main feature that needs to be considered during the geological evaluation of a slope in residual materials is that lateritic soils are always found above the saprolite.

And why is it so important to distinguish them? For the simple reason that the vast majority of measurements made on active landslides, have shown that the failure surfaces are usually located in the saprolite. But this is a subject we will discuss in the next post.