What is Geotechnical Engineering? 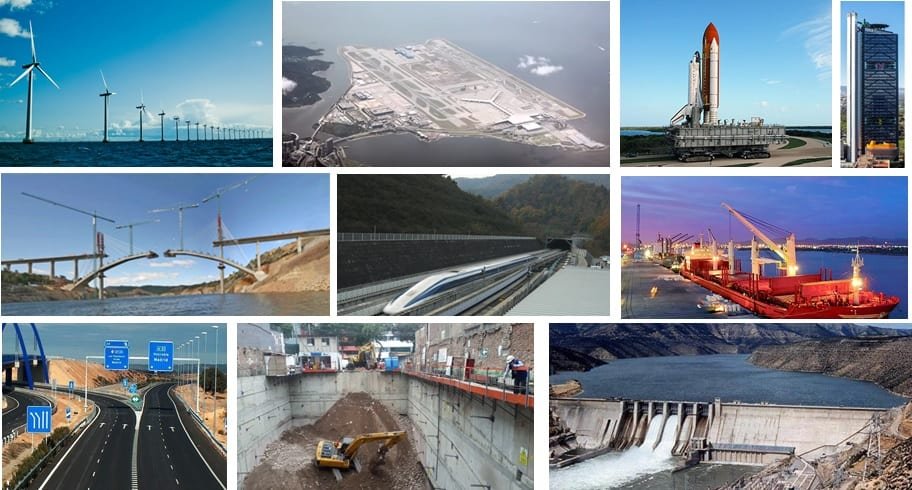 From the above, it is evident the need for a specialized branch of Civil Engineering, particularly oriented to understand the properties and behavior of soils and rocks. Thus, Geotechnical Engineering arises, which is defined as the discipline that encompasses the application of Civil Engineering technology to natural materials found on or near the earth's surface (Holtz et al, 2011).

The Geotechnical Commission of the Swedish State Railways was the first institution to use, around 1922, the term Geotechnics in the current sense: the combination of geology (from Greek geo = earth; and logos = study, treatise, science) and technology (from Greek tecno = art, technique; and logos = study, treatise, science). It follows that Geotechnical Engineering results from applying technology (i.e., the practical application of knowledge generated by science - in this case Civil Engineering) to geology (i.e., the study of the earth). 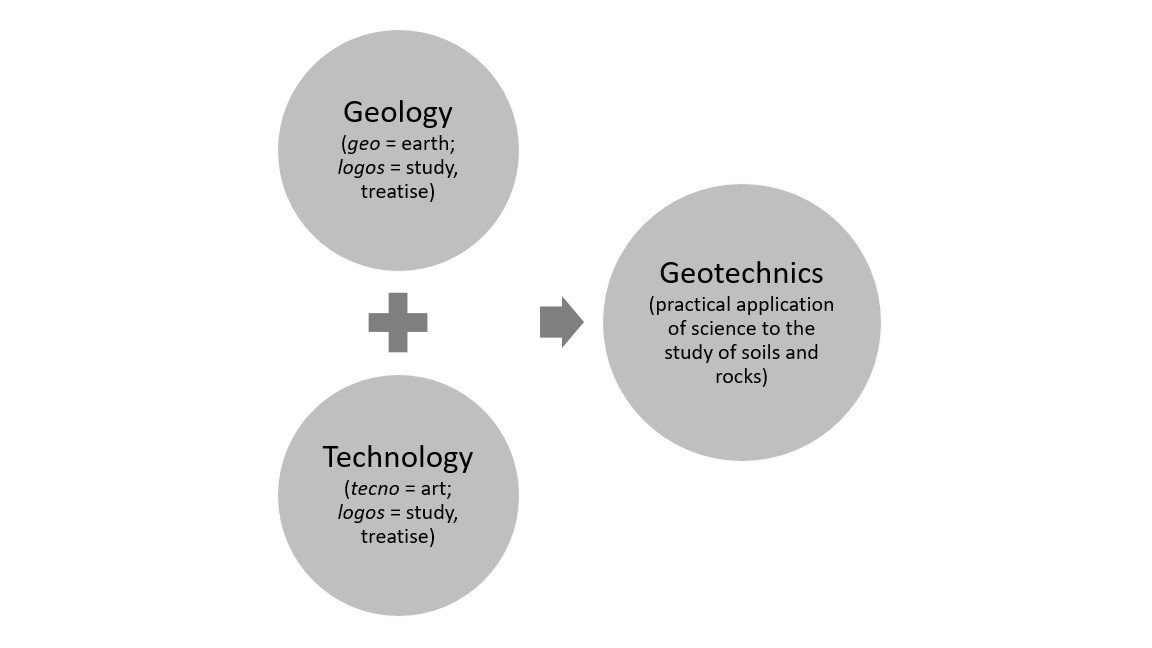 Based on the above, it is possible to intuit that Geotechnics implies an association between theory, necessary to understand the physical and mechanical conceptual bases that govern certain phenomena associated with the behavior of soils and rocks; and the practical application of these concepts in any civil project.

What disciplines does Geotechnical Engineering encompass?

Geotechnical Engineering encompasses the study and practical application of diverse concepts and theories, which can be grouped into three main branches:

The following chart outlines the branches of Geotechnical Engineering, highlighting the general scope of each. 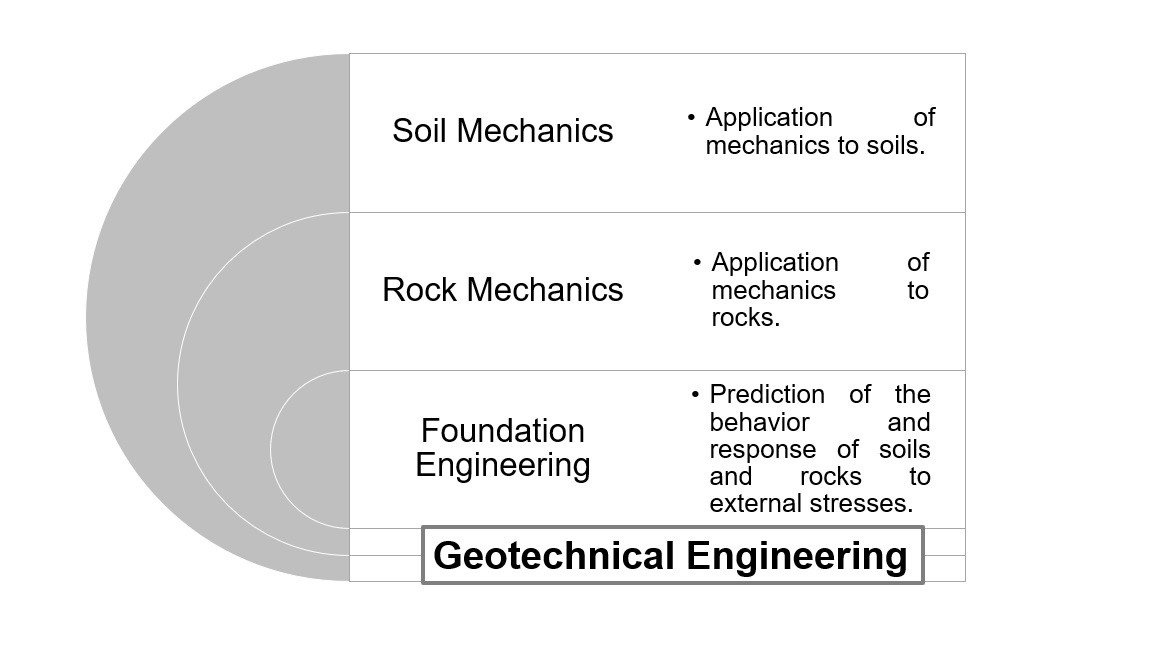 Often, in practical engineering, the three branches mentioned above are analyzed as different parts of the same problem: it is necessary, first, to determine and understand the properties of soil and/or rock materials, and then to predict and evaluate their behavior under external stresses associated with civil projects.

In Section 1 of this post, it was mentioned that Civil Engineering is basically the discipline that provides and maintains the infrastructure that makes our civilization possible. And in this context, it is worth asking why is Geotechnical Engineering important.

If we think about it, the reason is simple: it is not possible to design or build any civil structure, terrestrial or extraterrestrial, without considering the foundation soils and/or rocks. The performance, economy and safety of any civil structure are affected, and even controlled, by its foundations (Holtz et al, 2011). Let us look at some examples.

Soil and rocks are often used as construction materials because they are the cheapest possible building material. However, their engineering properties of strength and compressibility are often poor, so measures must be taken to densify them, increase their strength, or even reinforce them so that they can perform satisfactorily. Road and railroad embankments, airfields, earth and rock dams, dams and aqueducts are examples of earth structures for which the Geotechnical Engineer is responsible for their design and construction.

On the other hand, since much of the earth's surface is covered by soil (or water), rocks are important for subway structures, such as tunnels, oil storage structures, and mines, to name a few. However, some rock-related problems also occur at the surface, such as rock-supported building foundations and dams, deep excavations in bedrock, or stabilization of rock slopes.

In the last 20 to 30 years, geotechnical engineers have been increasingly involved in solving environmental problems, particularly those involving soils and rocks. Among the more complex problems are those associated with contaminated water, proper disposal of solid waste, design and construction of nuclear waste repositories, and mitigation of hazards associated with subway fluid deposits.

It is evident the importance of Geotechnical Engineering in any civil work, so that it is safe and functional during its useful life.

To close this article, it is important to highlight that Geotechnical Engineering combines basic mathematics and physics, geology and pedology, with such diverse branches of engineering as hydraulics, structures, transportation, construction, environment and mining, which makes it an exciting and demanding field for any professional in Civil and Geological Engineering.