Application of IS units in geotechnical engineering

Every time we have reviewed a text on Geotechnical Engineering, Soil Mechanics, or any other branch of Engineering, especially some of the older ones, we have encountered the dilemma of units. Depending on the origin of the work, some present all the analyses and results in English units, others in the so-called "MKS" system, mixed with the old "CGS", and all accommodated to the multiples and submultiples used in practice. A great confusion that, fortunately, the International System of Units (II) has helped to unify.

There has always been some confusion about the appropriate system of units for physical quantities and measurements. And that confusion has been increasing with the growth of international cooperation and trade, i.e., globalization. Thus, it became evident that a single system of units, accepted throughout the world, is not only convenient, but tremendously practical. Why?

One of the main sources of confusion, even from the point of view of physical understanding of the properties being measured in the laboratory or field, is the use of force as a basic unit. Mass should be the basic unit, and force a derived unit, applying Newton's well-known Second Law (F = ma). The use of the kilogram as a unit of force is one of the difficulties of the "metric system" (yes! another system that accompanies the MKS and CGS!), which is a modified version of the MKS, traditionally employed in Europe and Latin America. This system, as many readers will know and have experienced, distinguishes mass from force by including the adjective "force" to the unit: thus, in the "metric system", if you have kilogram it is mass; but if the term kilogram-force appears, it is a force. Really very confusing and, moreover, impractical.

Taking into consideration this diverse situation regarding units, around 1960, the "International System of Units" (Le Systeme International d'Unités) was adopted by the General Conference on Weights and Measures (CGPM), in order to unify the use of units, not only in Geotechnical Engineering, but also in science and commerce in general.

So let's get to know the International System (IS), and particularly how it is applied in Geotechnical Engineering and Soil Mechanics.

The International System of Units (IS)

The International System of Units (IS) is based on seven basic units, namely: 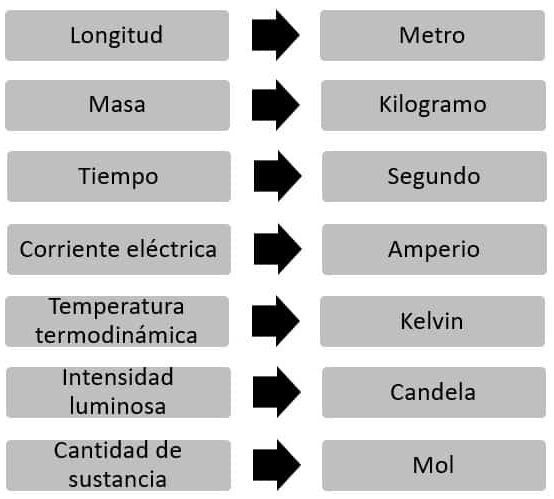 Figure 1 Basic units of IS.

Each of the basic units shown in Figure 1 has certain peculiarities: 1) they have a precise definition; 2) name and symbols; 3) units for all other physical quantities can be derived from them.

An additional advantage of the IS is that it is a fully coherent system, where coherence is to be understood in the special sense of a system whose units are mutually related by rules of multiplication and division with no numerical factor other than 1 (BIPM, 2000).

The IS has other important features: the use of unique and well-defined abbreviations and symbols, and a convenient decimal relationship between multiples and submultiples of the basic units.

As can be seen, there are many advantages offered by the IS. Let's review it a little more in depth, considering the units usually used in Geotechnics and Soil Mechanics.

Units of interest in Geotechnical Engineering

The units of interest in Geotechnical Engineering are length, mass, time and, for some lab applications, temperature.

As mentioned above, each of these units has precise physical definitions, as shown in Figure 2. 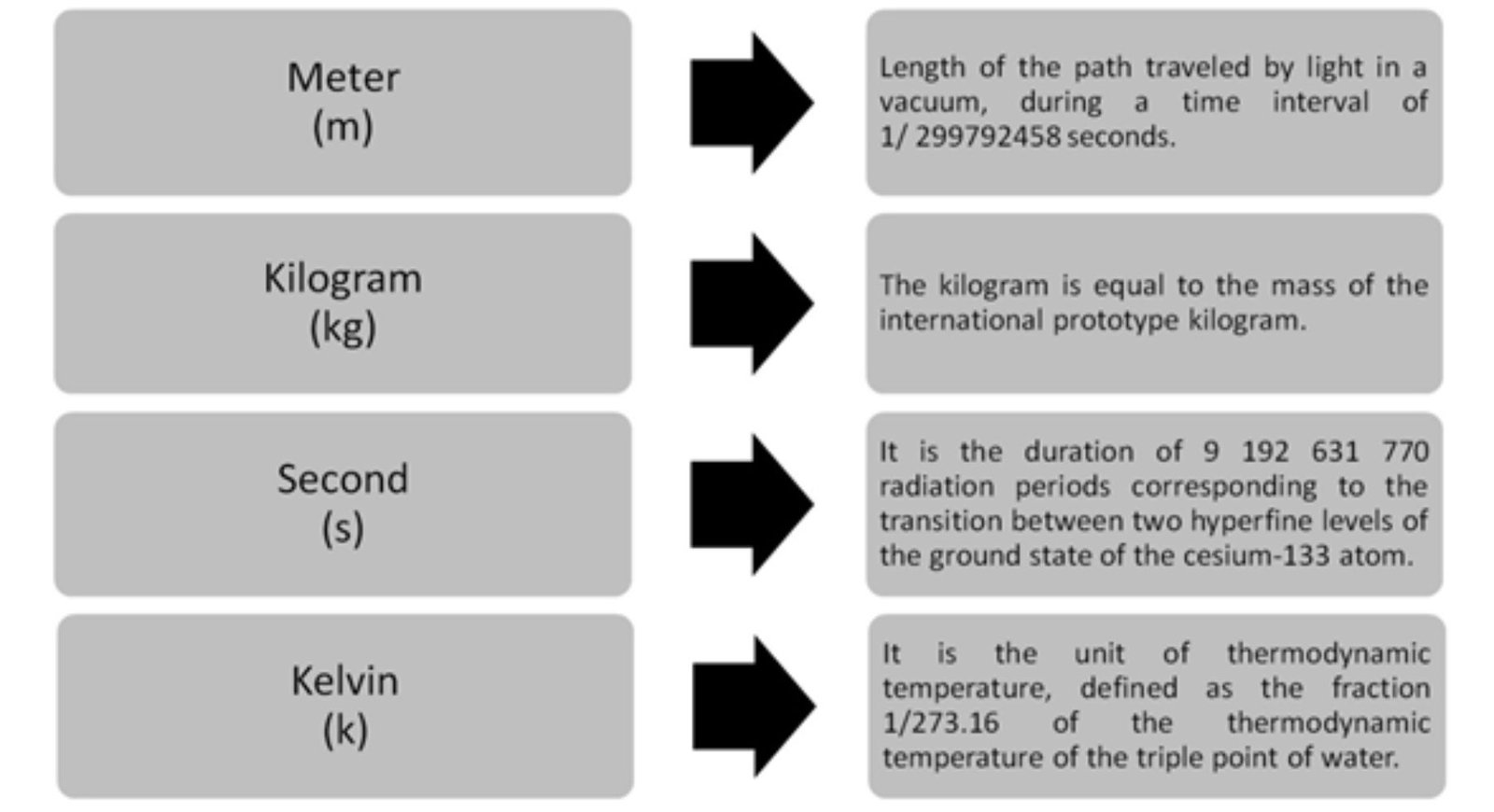 Figure 2 Definitios of units of interest in Geotechnical Engineering.

Let's look at some interesting information about these definitions, as to better understand the importance and the analyses associated with them over the years, to finally arrive at them, as summarized by the Bureau International des Poids et Mesures - BIPM (2000): 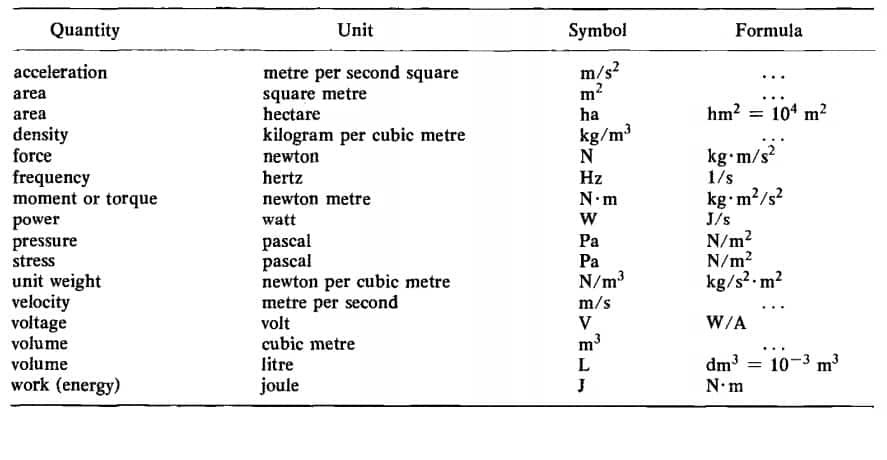 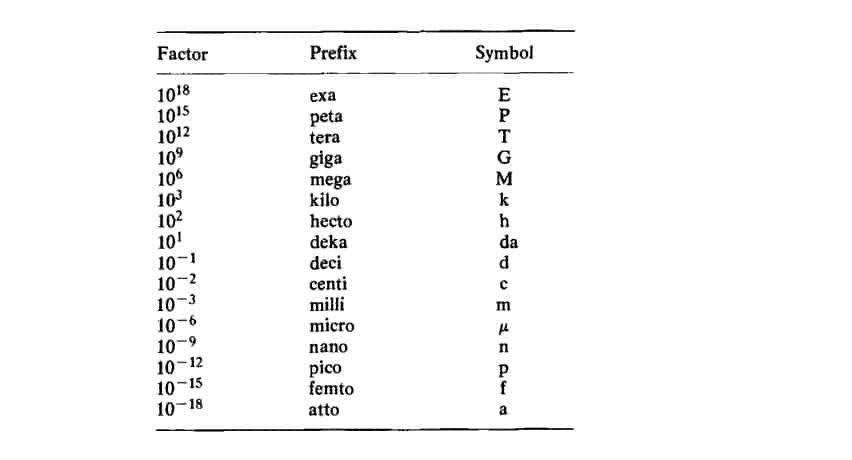 Knowing the above definitions and their physical meaning, the following sections present conversion factors useful in the practice of Geotechnical Engineering.

This section summarizes the conversion factors usually used in practice, and includes some comments on the use of IS units.

These conversion factors, as well as those for many other physical units, are available at https://www.convertworld.com/es/.

The most common conversion factors for British and MKS systems are as follows:

Good practice using IS suggests that multiples and submultiples of units of length be used in increments of 1000, e.g. mm, m, km.

Mass, as some of you may remember from your Physics classes, is an appropriate measure of the amount of matter contained in an object. Mass remains constant, even when the temperature, shape, or some other physical attribute of the object changes. Unlike weight, the mass of an object does not depend on local gravitational attraction, so it is independent of the object's location in the Universe.

Some useful conversion factors related to mass measurements are as follows:

In practice, although the second is the basic IS unit of time, minutes (min), hours (h), or days (d) can be used whenever convenient, even if these units are not decimally related.

As can be seen in Table 1, force is a derived unit in the IS, from the well-known Newton's Second Law F = Ma. Its unit is the newton (N), which is equal to 1 kg∙m/s2.

The most common conversion factors are summarized below:

In practice, it is more convenient to express quantities as multiples of the newton. Thus, the commonly used prefixes are kilo, mega and giga (see Table 2), so that forces are usually expressed in kilonewtons (kN), meganewtons (MN), or giganewtons (GN).

A very common force in every geotechnical engineering problem is weight. According to what we have seen so far, considering Newton's Second Law, weight must be expressed in newtons.

Another problem related to weight is that the term is commonly used when in fact it refers to the mass of an object. For example, when someone "weighs" an object on a laboratory balance, they are really comparing two masses: the unknown mass of a certain object with a known mass. Further ambiguity, if possible, occurs when some units of mass, such as kilogram or pound, are used as units of force (Holtz et al, 2011).

Thus, considering the above, and also taking into account that weight depends on the acceleration of gravity (which varies with latitude and altitude), the IS recommends the use of mass.

In the IS, the unit used to measure stress and pressure is the pascal (Pa), which is derived by relating the units of force and area, being equal to 1 newton per square meter (1 N/m2).

The Pascal is obviously a small unit. But using IS it is easy to add prefixes to make larger numbers more manageable. For example, for routine triaxial testing, the cell pressure is usually variable between 200 psi and 300 psi, which is equivalent to 1379 kPa and 2068 kPa, respectively. These quantities are much more easily expressed in megapascals: 1.5 MPa and 2.0 MPa, respectively.

It is very common in Geotechnical Engineering the confusion between density and unit weight. Why? There are many reasons, but there are two of special importance:

The most common conversion factors are as follows:

It is good to remember that the density of water (ρω), is exactly 1000 g/cm3 at a temperature of 4°C, and that the variation of this value in the range of usual temperatures in Geotechnical Engineering, is small. Therefore, the error associated with the use of this value for ρω is sufficiently accurate in practical applications.

Unit weight, on the other hand, is defined as weight per unit volume, and is commonly measured and used in practical geotechnical engineering. However, the ASTM (American Society for Testing and Materials) recommends using density instead of unit weight, because density represents a constant value that does not depend on the variation of the acceleration of gravity.

In any case, the important thing is to know the difference between density and unit weight. Although the differences are obvious and they are two different physical quantities, it is a very common mistake for many engineering professionals to confuse the two terms. So let's review the theory well and remember a bit of high school physics classes!