The basic requirements that a foundation must meet are: 1) that it is completely safe against shear failure; and 2) that it does not experience excessive settlements that affect the functionality of the structure. In that context, what is the total allowable settlement for a particular foundation? Read on to find the answer. 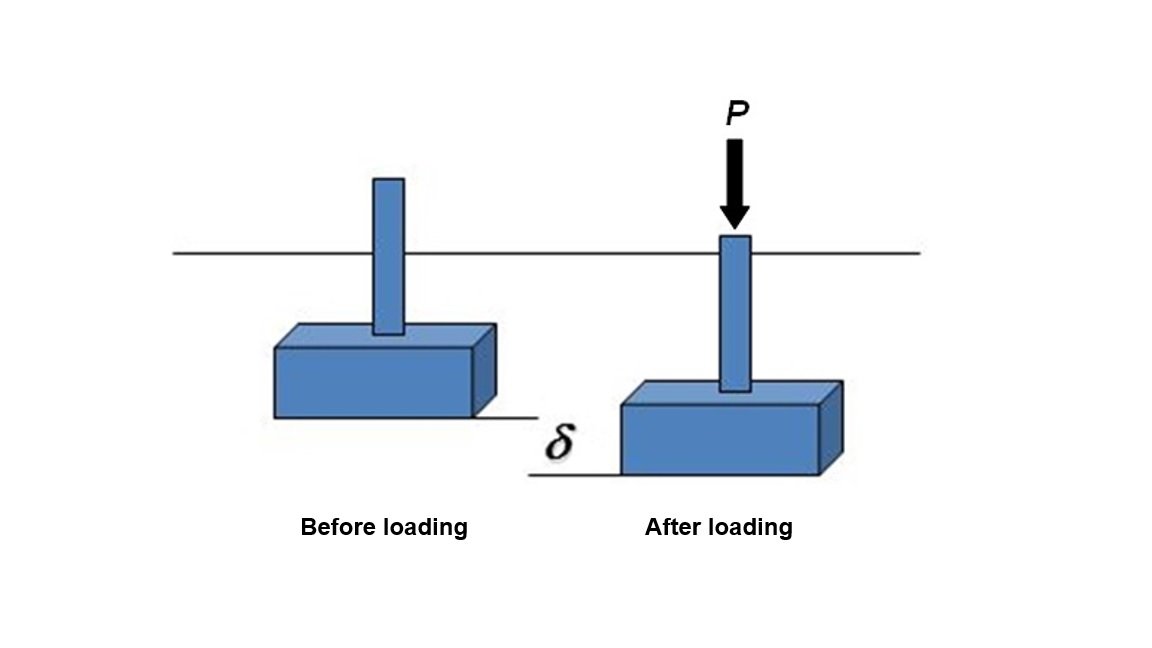 Structures that experience excessive total settlement may suffer some of the following problems (Coduto, 2001):

It is noteworthy that, even with significant total settlements, some structures can still function. Such is the case of certain buildings located in Mexico City, which have experienced settlements up to 2 m!!! In these extraordinary cases, it is likely that the settlement of the building has occurred relatively uniformly in all its foundations, minimizing the effect of differential deformations on the superstructure.

Although foundations meet the requirements of resistance against collapse, sometimes they may not meet certain requirements of functionality of the structure. At this point, the prediction of expected settlements is a fundamental task of the Foundation Engineer.

However, the determination of the level of settlement that can cause significant structural and architectural damage is an indeterminate analytical problem of considerable complexity, due to the number of factors involved in the problem (see Figure 2). Therefore, the development of a criterion to establish the maximum allowable settlement level has been a task developed empirically, based on observations of settlement and damage in buildings (Holtz, 1991).

Table 1 presents typical values of total allowable design settlements. It is important to mention that these values include a factor of safety, so they should be compared directly with the estimated total settlements. 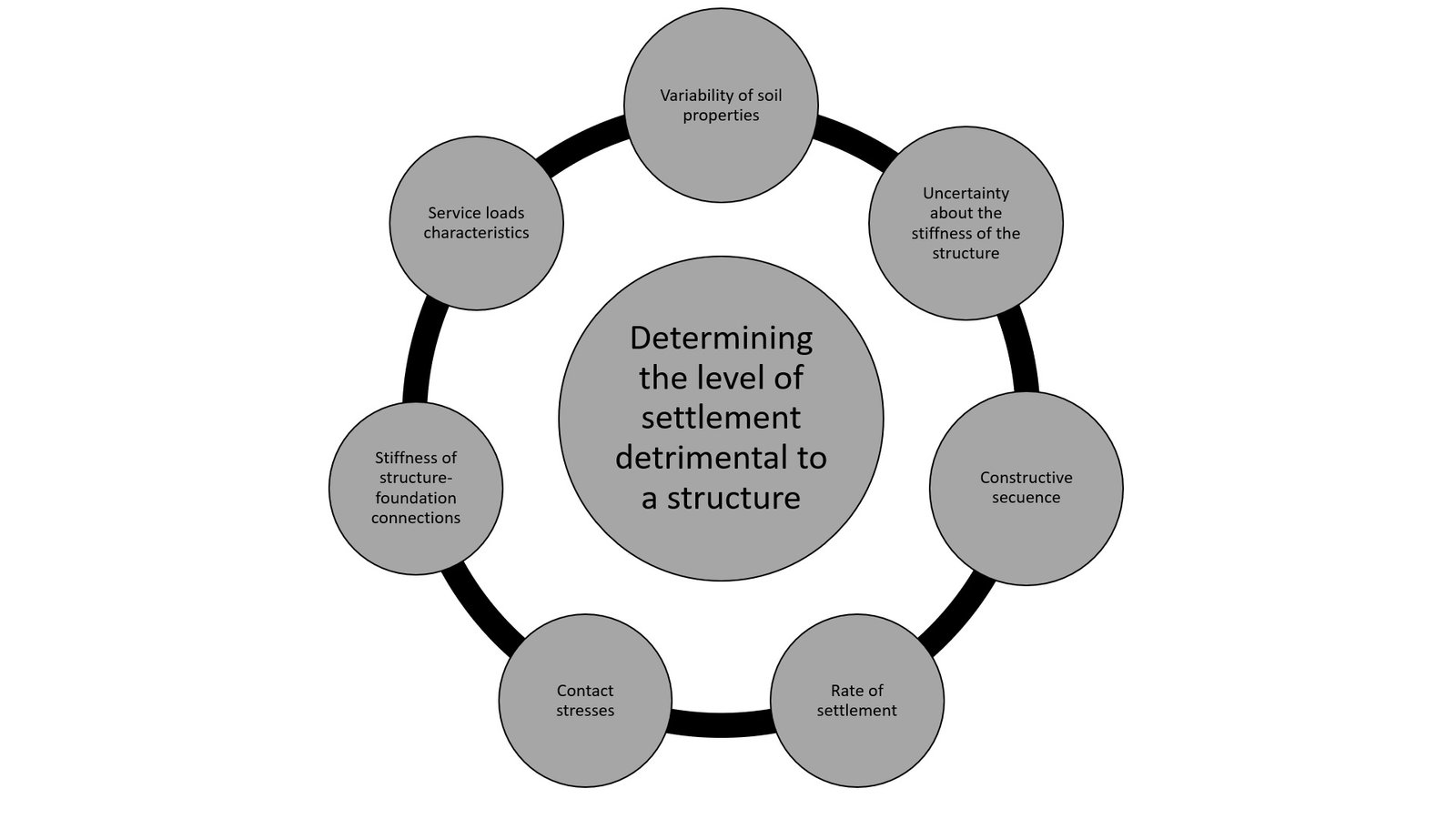 Figure 2 Factors to be considered in estimation settlements that could affect the funcionality of structures.

Bjerrum (1963) developed a criterion for determining the total allowable settlements (δ), based on the relationship of such deformations to the allowable differential settlements (δD), according to observations made on similar structures supported on similar soil profiles. Figures 3 and 4 summarize the information supporting the criterion proposed by Bjerrum in clayey and sandy soil profiles, respectively. 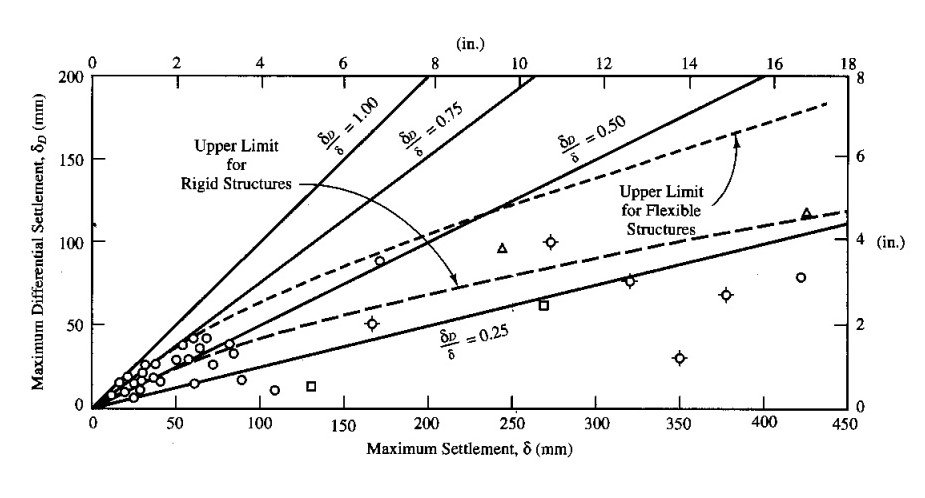 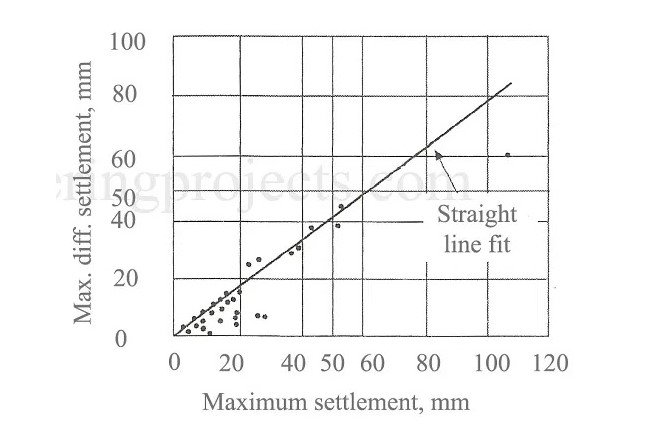 The use of the above graphs implies knowing the allowable differential settlement (δD) for the structure under study, data that is usually available at the design stage. In a future post we will deal in detail with this topic, which is fundamental for the design of foundations.

In order to carry out preliminary estimates of the total allowable settlement (δ), if the maximum tolerable differential settlement (δD) by a structure is known, it can be considered:

In any case, during a geotechnical project the important thing is to predict the magnitude and rate of settlements, considering the function that the structure will fulfill during its useful life. It is vital to ensure that limits are not reached that affect the functionality of the structure, nor generate structural damage to the structure.